Urlus is the founder of WORM Filmwerkplaats, Rotterdam, an artist-run workspace dedicated to motion picture film as an artistic, expressive medium. More and more it’s the artist-run film lab that represents the leading standard in contemporary analogue filmmaking. These labs have acquired professional, but commercially discarded equipment from all over the world. Now that artists have access to these tools, combined with the open culture-based knowledge sharing, they can move forward and innovate independently from the industry.

“Driven by this artistic freedom, self-skilled film artists like myself take up the challenge to get rid of the mediums nostalgic doom and create new opportunities for the continued use and further development of the machinery and technology of analogue film. It opens up possibilities to dive deeply into what is already possible and combine this with contemporary insights and skills to a whole new domain of expertise.”

"In my film work I create a link between specific historical events and stories and the (re) use of analog film techniques and inventions from the early days of photography and cinematography. I force a sometimes alienating parallel between the events or the story and the cinematic technique, to enhance the impact of the image. In addition, I create my own film material, literally, by mixing silver nitrate and bromide salt with gelatin and water to form a light-sensitive emulsion. I'm not looking for a naturalist, commercial like film material, outcome. I intend to create unique components that, by its singularity, generates a special and cinematic experience. "
Bio
lab
Esther Urlus
performance 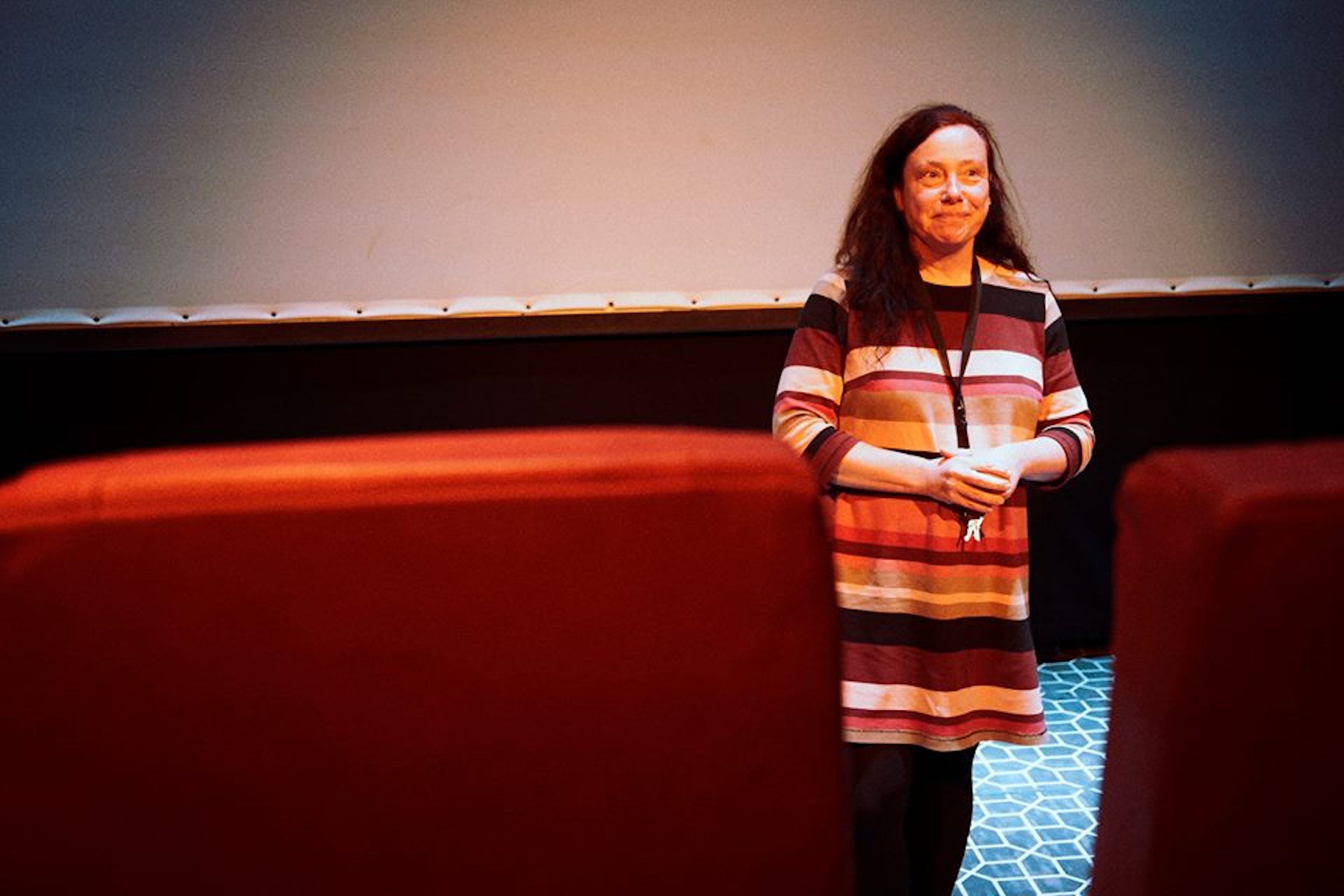