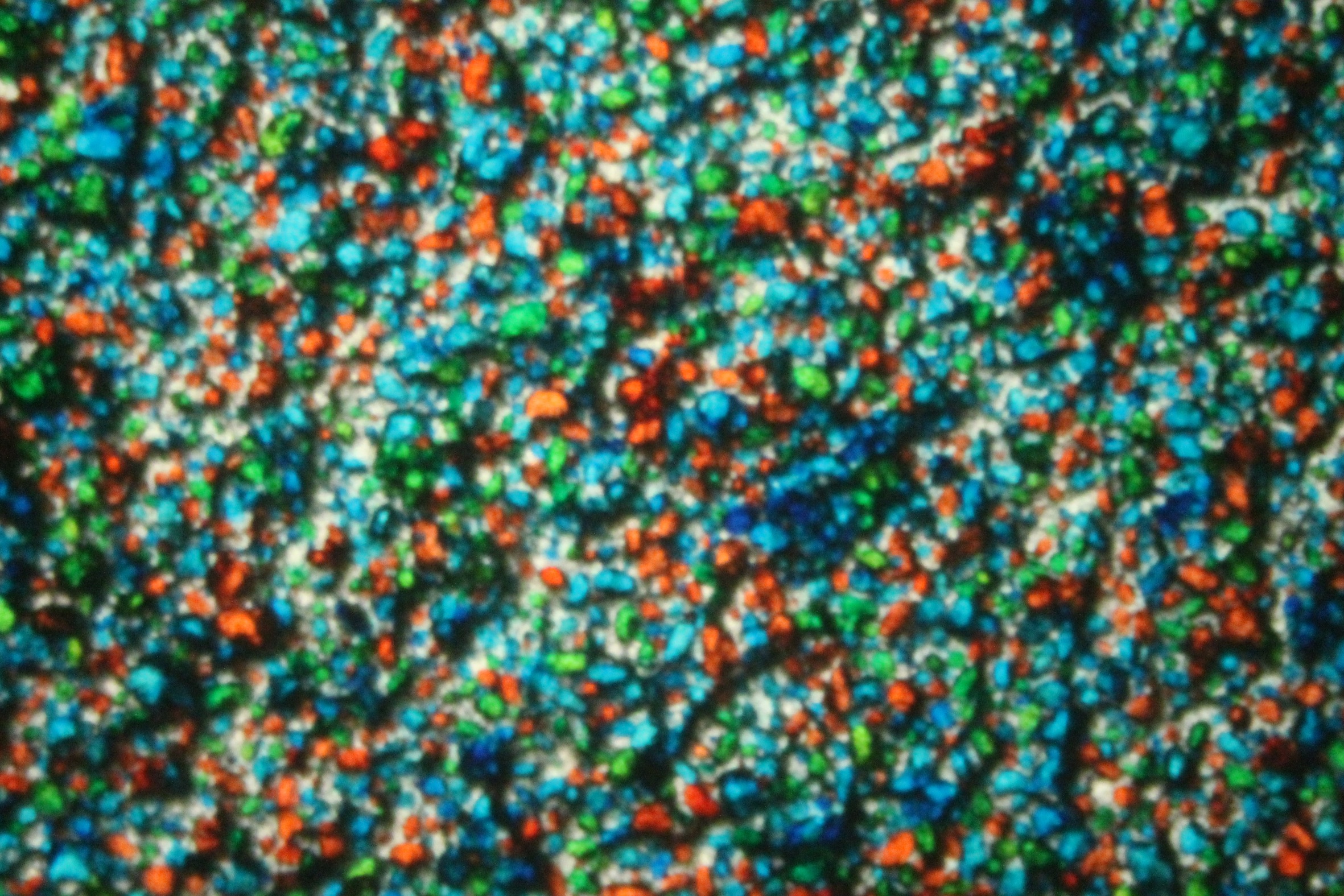 The Autochrome is a direct positive (additive) colour photography process invented by the Lumière brothers in 1903.
Autochrome plates were created by coating a sheet of glass with microscopic potato starch grains dyed red, green, and blue. These formed a screen of color particles. Carbon or lamp black was applied over the plate, filling in the spaces around the starch grains. Then a (panchromatic) silver gelatin emulsion was applied over the color screen. When the plate was exposed, the base side was turned toward the subject being photographed, and the color screen acted as a filter over the emulsion. The as B&W reversal developed plate rendered a positive color image with delicate color qualities.
the autochrome process
16mm still of an autochrome process experiment on clear film (2016) 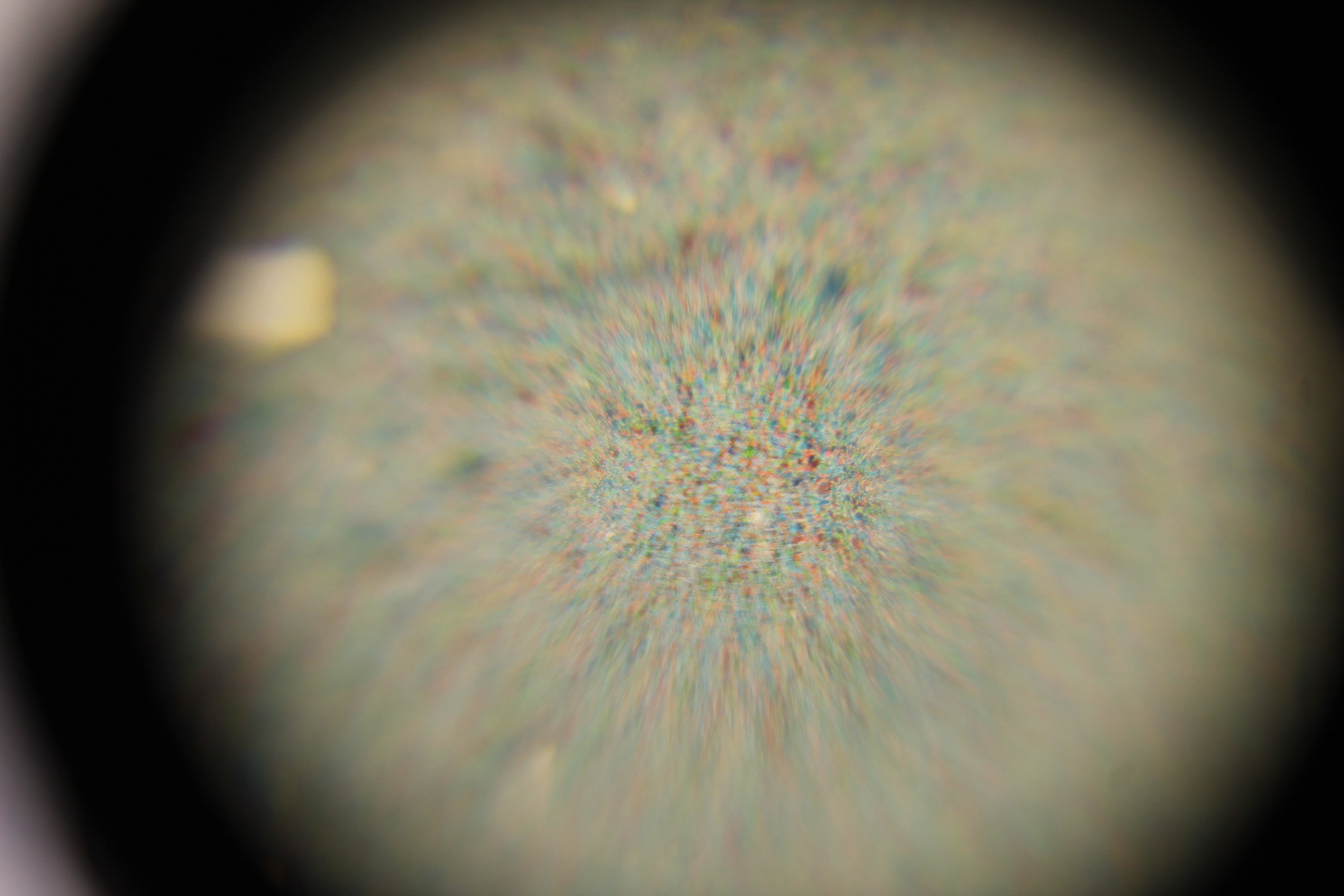 In 2016, as part of the RE MI project, The Handmade Emulsion Primitive Colour Seminar consisted of one week of practical research in the lab of WORM Filmwerkplaats Rotterdam, during which international artists working on film emulsion and primitive colour film exchanged knowledge, conducted practical experiments and tested new formulas in order to develop further this field research. 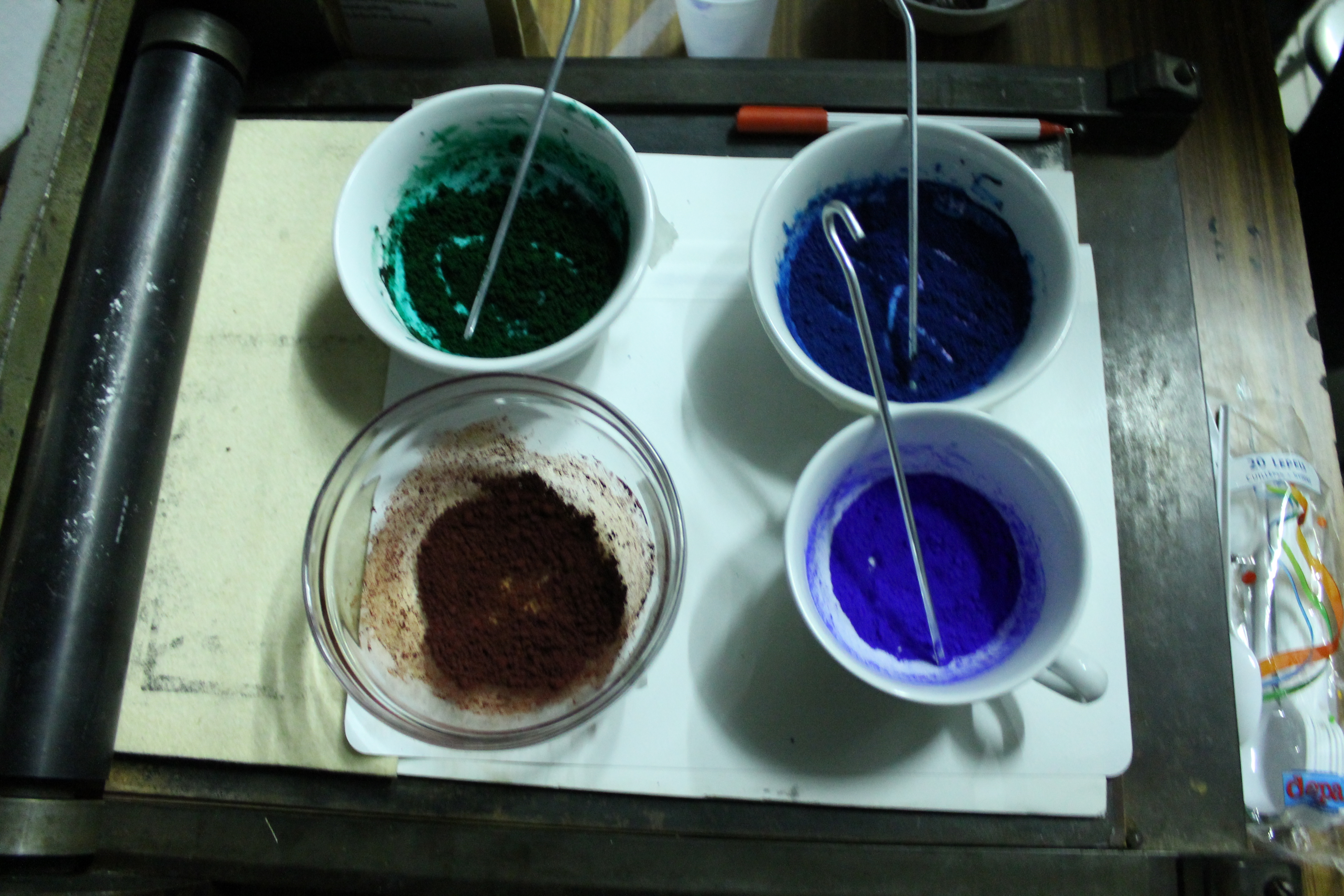 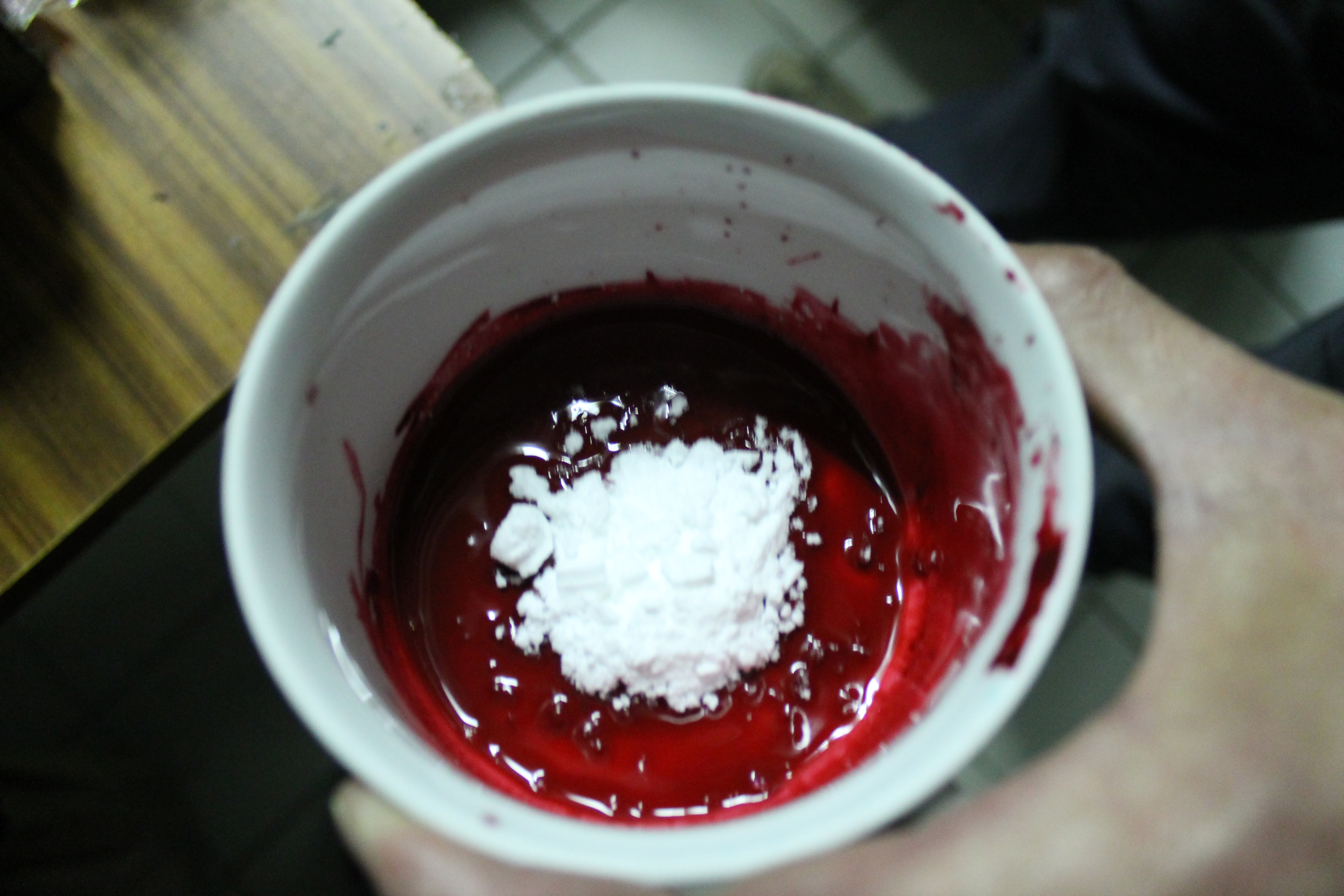 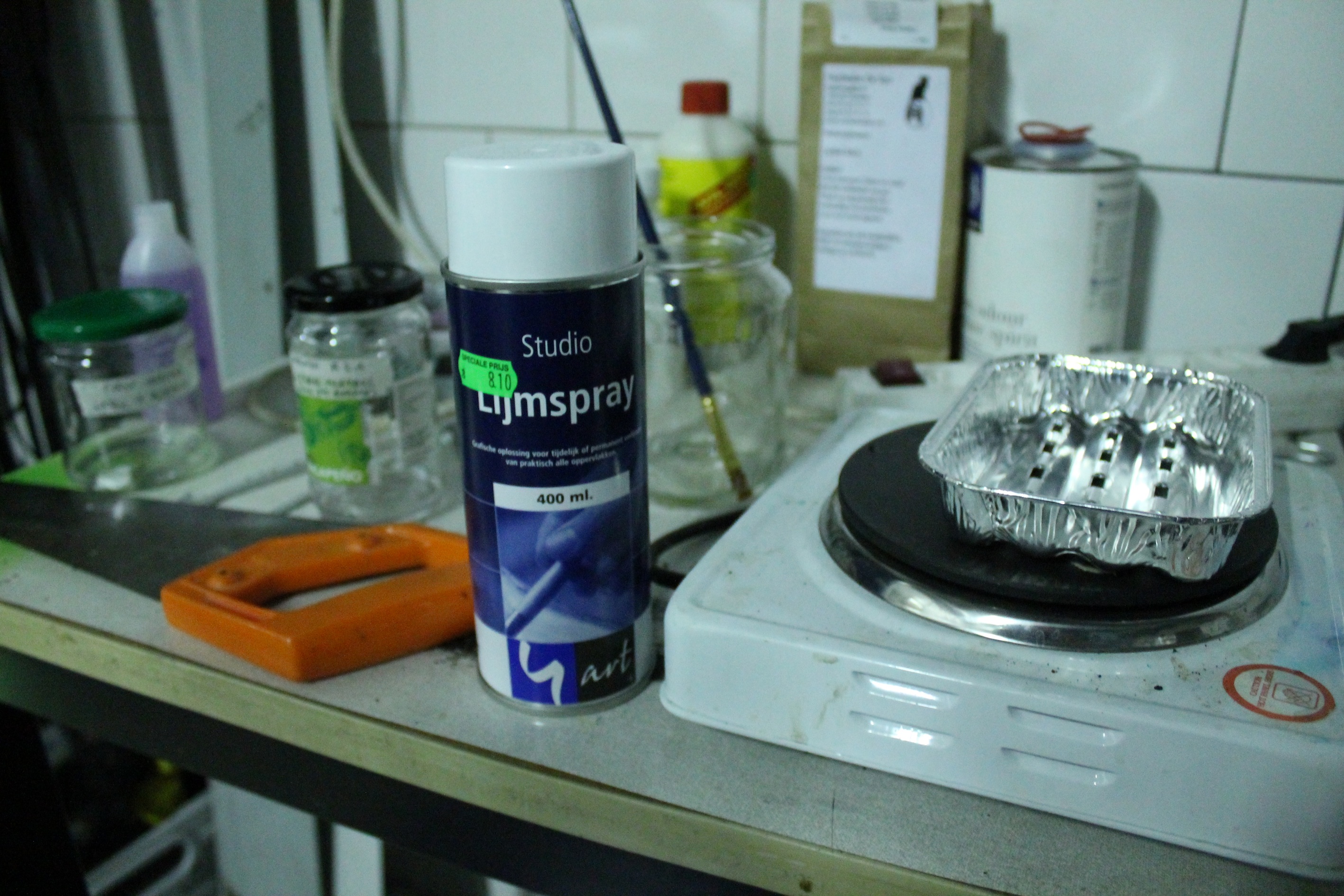 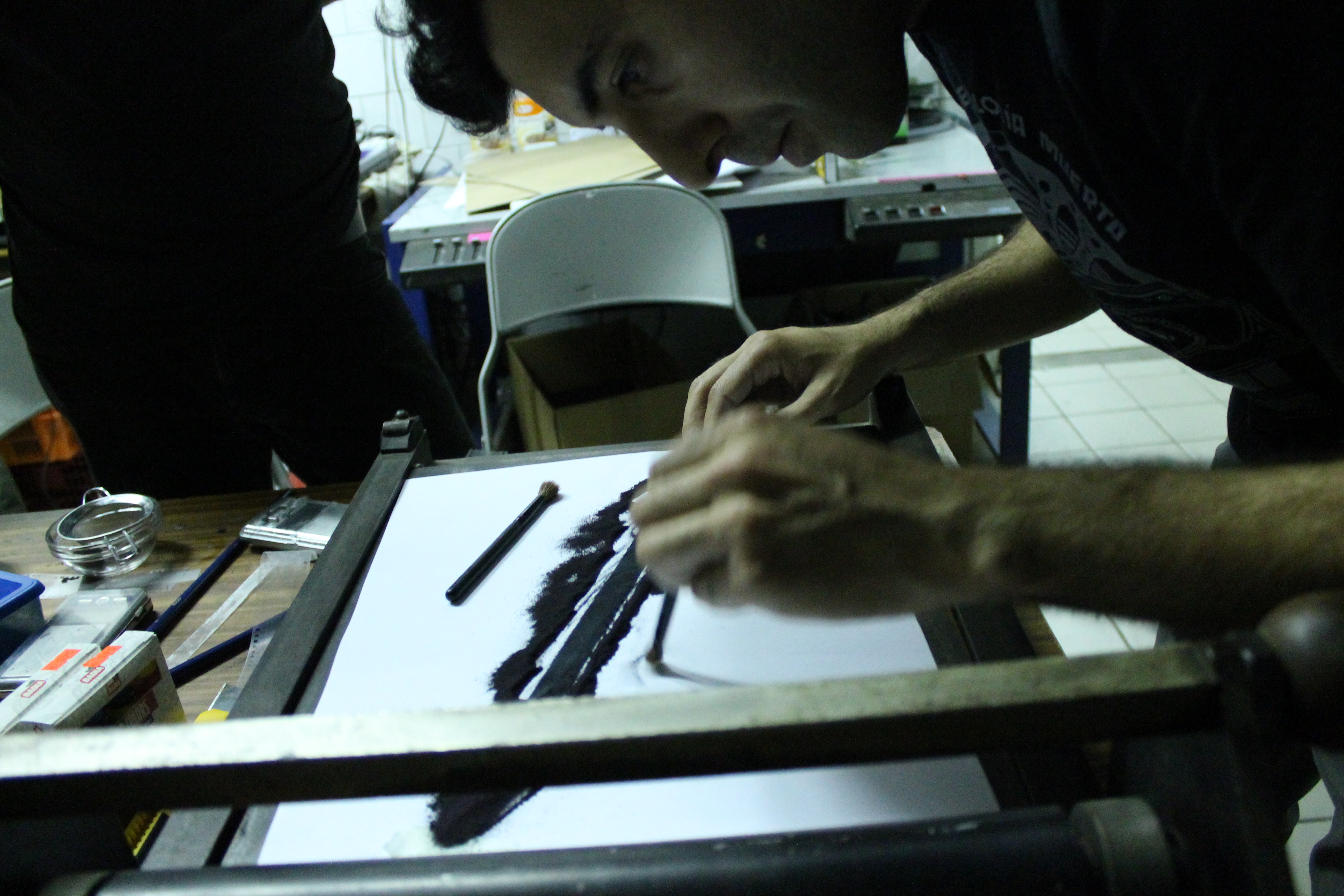 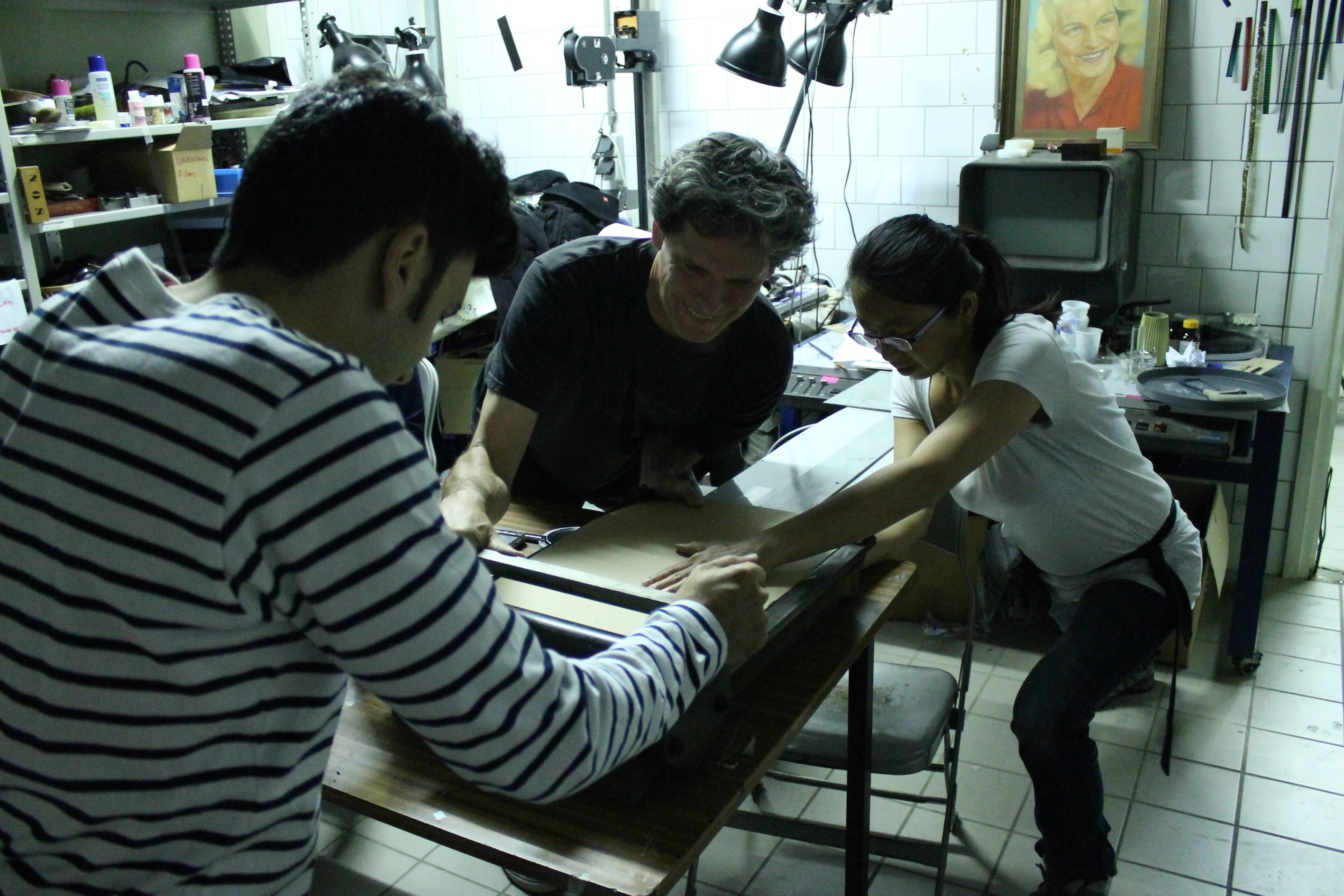 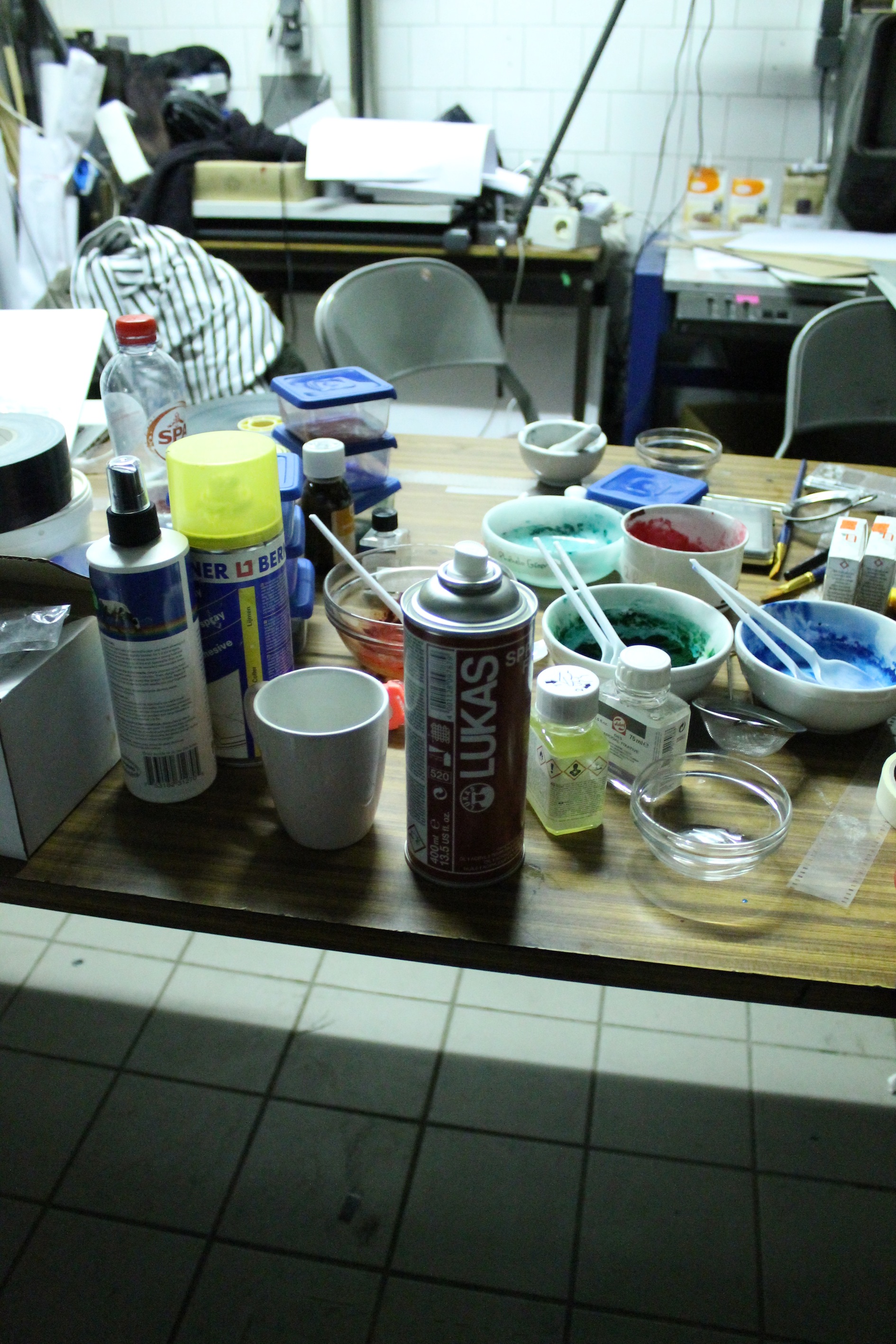 ratio mass of starch in mg/for solution in mg: 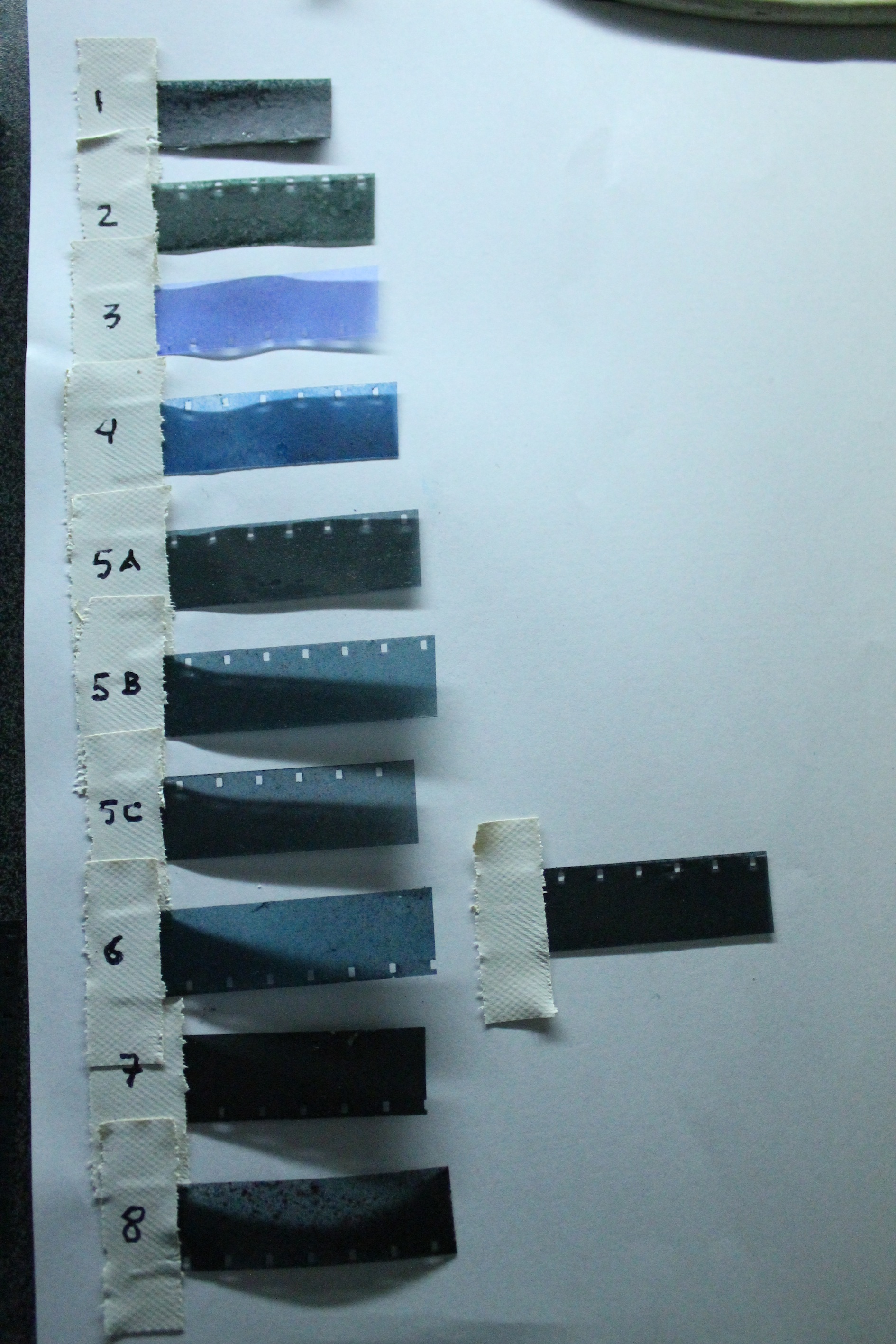 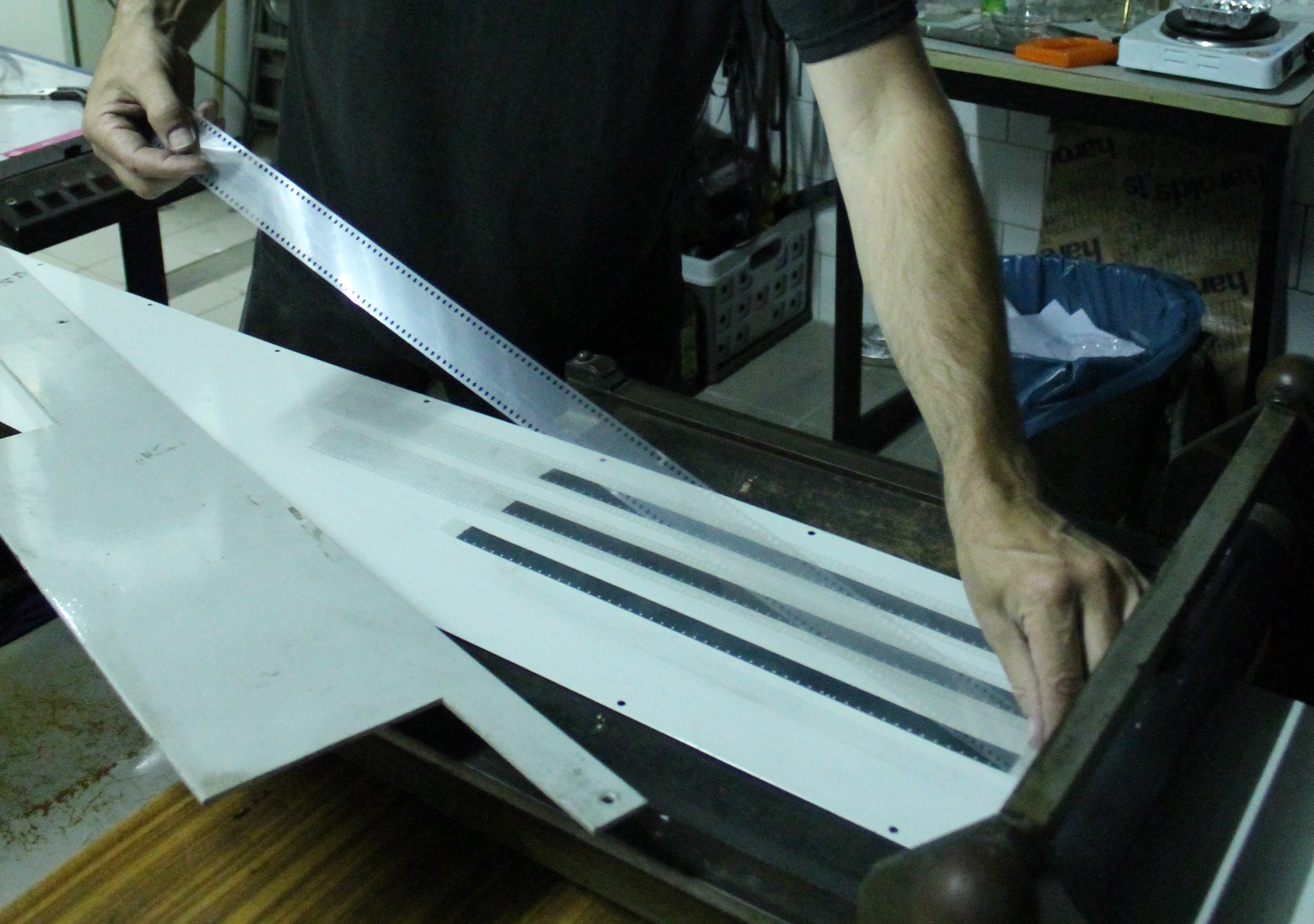