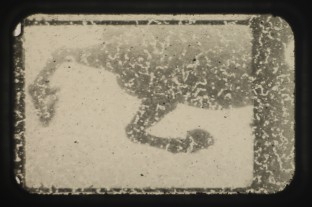 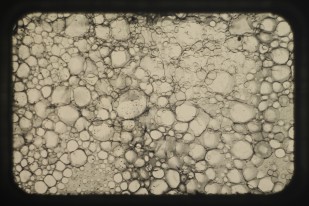 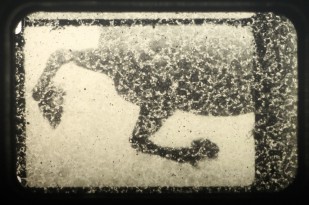 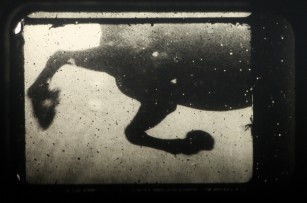 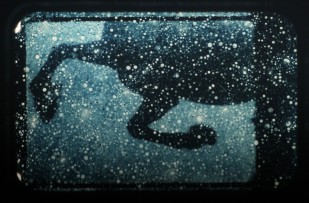 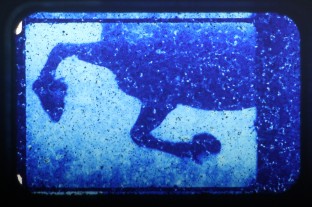 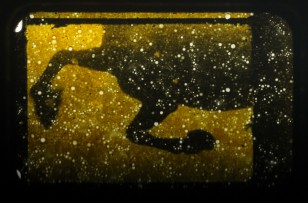 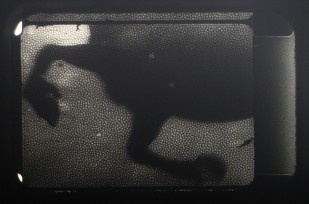 16mm still reticulation
svema positive print developed on 40C
These experiments are made as a research to home brewing light sensitive emulsion that's suitable to use on 16mm clear (transparent) film. Most recipes on making your own silver gelatin emulsion are for photographic purposes and coating glass plates or paper. Practically all of these recipes can be used on strips of 16mm clear film. A black & white emulsion is easily made with some silver nitrate, potassium bromide and gelatin. It's actually similar to making mayonnaise. The biggest challenges are to evenly coat the emulsion on a strip of 16mm clear film and make it possible that the coated film can run through a printer or film camera.

And…. I didn't want to make B&W film emulsion only, I wanted to go one step further (or actually back) by initiating a process that can put me on a trajectory where I will be able to make my own color film (in the literal sense). Not with the effort to find a way to make "proper" color stock with the realistic nature of contemporary film materials. In re-inventing emulsion and color film with the helping hand of technical publications from early cinema and photographic experiments, I'm hoping to achieve findings that are "something completely different and unique". My experiments are hopefully made with the same curiosity and in the context of, and as a tribute to, all these research projects made by affectioned pioneers who where so keen to sharing their knowledge.

My tests where restricted to the 16mm film format. The pictures in this booklet of these tests are contact prints (as positive) from a Plus X negative (JK-blow up from Super8 original) to the handmade emulsion. The reticulation tests are done with outdated Svema 320 ASA negative material. All tests were started and made to end up in my film Konrad & Kurfurst: the home brew emulsion as fragile metaphor for the heroism of Konrad and his horse Kurfurst. Falling from his horse he became a national hero but overtaken by history, an anti-hero.